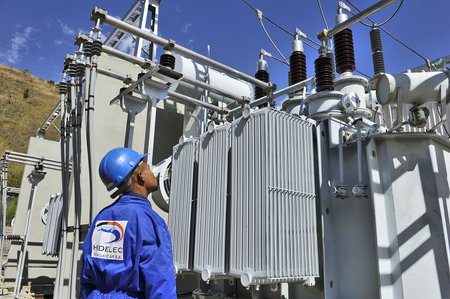 Through the SEforALL Africa Hub, the African Development Bank is now supporting the development of SEforALL Country Action Agendas and Investment Prospectuses in six new countries: Angola, Cameroun, Democratic Republic of Congo, Malawi, Zambia and Zimbabwe, besides Kenya, Tanzania and Rwanda, which are already supported. Consulting firms were recruited in response to government requests under the African Climate Technology Centre, a recent GEF project implemented by the AfDB. On the ground activities began between summer and fall 2015, depending on the country and deliverables are expected to be finalized in early-mid 2016.

The SEforALL Action Agenda is a country-level umbrella framework for energy sector development with a long-term vision, ensuring overall sector-wide coherence and synergy of the accumulated efforts towards the three goals. Daniel-Alexander Schroth, SEforALL Africa Hub coordinator, underlined the importance of the Action Agenda: “Action Agendas are being developed in more than 25 African countries and might become a national implementation framework for the Sustainable Development Goal on energy (SDG number 7). The support to four new countries is key to advancing SEforALL objectives in Africa.” With the Investment Prospectus, these nationally owned documents provide a credible framework for mobilizing investments for sustainable energy access, energy efficiency or renewable energy generation.